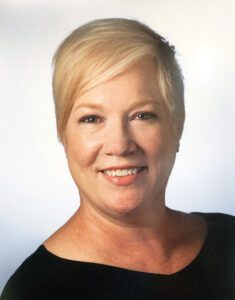 Rachael joined NEIM in the Fall of 2017 as Acting Head of School. Rachael brings more than 25 years of experience in business administration, child center management, special education teaching, and non-profit work. Rachael has a bachelor’s degree from North Dakota State University with a major in voice performance and a minor in sports medicine.

Rachael is actively involved in the community as a Nordic Fest board member, Rotary International member. She lives in Decorah with her husband and three daughters. 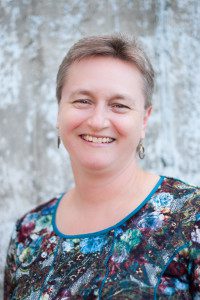 Jane Busch was instrumental in the initial creation of NEIM and continues to be passionately involved in its growth and changes. Jane is the Lead Guide for NEIM’s elementary program.

Jane lives north of Decorah with her husband and two children. In her free time she enjoys gardening, reading and just being outside.

Jane has a master’s degree from Loyola University in Baltimore, MD, in Montessori Education at the Elementary level, American Montessori International (AMI) ages 6 -12. She also has a BA from the University of Northern Iowa in Elementary education with an endorsement in middle school (4th – 9th grade) and an emphasis in earth science. You will always find an experiment (or several) in the works somewhere in Jane’s classroom. 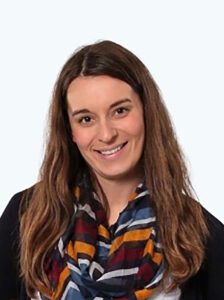 Gabby moved to Decorah in 2018 and enrolled her daughter at NEIM. This step was an integral part of her own journey to learn more about Montessori education and has since volunteered to assist NEIM in many ways.   Gabby has been part of the Board of Directors, helped in Children’s House, assisted for after school care, been an integral part of many of the fundraisers, as well as co-leading the Summer Camp program in 2019. Her appreciation and education of the Montessori philosophy naturally became a part of their routine at home. We now welcome her as part of the full time staff to assist Miss Jane in the Elementary program. When she is not at school she likes to spend time outside or traveling with her partner, Bob, and their 3 daughters. 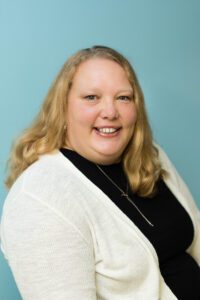 Heather has been with NEIM school since the fall of 2019.  She graduated from Luther College in May, 2001 with a degree in Elementary Education with concentration in Special Education.  Heather taught kindergarten for one year at Cornerstone Christian Academy in Spokane, Washington. She then worked on her Masters Degree in Special Education.  Heather ran Cheney United Church of Christ, daycare center in Washington. She substituted at the public school grades kindergarten through 5th. She also worked as a part time UCC  church secretary. Heather graduated from Grand Canyon University December 2005 with a Master’s degree in Special Education. She moved to Virginia Beach, VA the summer 2005 and in the fall took a job teaching preschool autistic children until the summer of 2010.  In the fall of 2010 she moved home to Iowa where she worked as an early childhood educator for NEICA- Head Start. In the summer of 2019 Heather began her schooling to become a lead guide for NEIM school and is currently being mentored by Christine Gowdy-Jaehnig. She will graduate in August 2020 with her lead guide degree from The Center for Guided Montessori Studies. 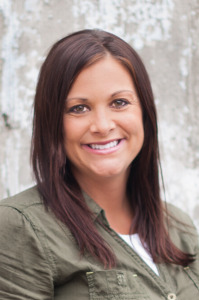 Jenny Lenehan has been an assistant guide since 2006 in the Children’s House at Northeast Iowa Montessori School. She graduated in 2005 from Upper Iowa University with a bachelor’s degree in both Elementary Education and Graphic Design. After graduating, Jenny worked for Camp Adventure as a camp counselor for a preschool in Germany on a U.S. military base. In 2011, she completed the AMI Assistant Guide Training at The Montessori Training Center of Minnesota in St. Paul, MN.

Since then, Jenny continues to bring a warmth and compassion to our NEIM community. She loves how the environment encourages hands-on, self paced, collaborative, challenging, and joyful learning! The age mix allows her to witness and be a part of a community where older children being leaders, mentors and help teach lessons while the younger children have the experience of working with older classmates. Even something as small as observing a child voluntarily and spontaneously helping another child zip up his or her jacket gives Jenny a sense of joy and happiness.

Her passion for witnessing joyful life spills over into her photography business with J & A Designs Photography, which she works along side with her sister in law, Amy Hayek. In her free time Jenny enjoys spending time with her husband, Shane, and their 2 children, Jase and Justine.  Jenny also loves spending time outdoors and helping her parents on their farm! 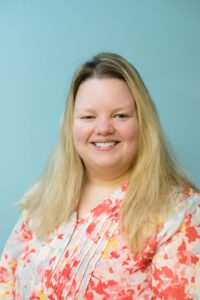 Claire moved to Decorah with her family in 1995, graduated from Decorah High School in 2004, and received her BA in History from Luther College in 2008. Having always loved working with children, Claire decided to return to school to complete coursework in Elementary Education with an emphasis in Early Childhood Education and Special Education. She began working at NEIM in the fall of 2010 as a latchkey aid where she discovered a Montessori environment where children are encouraged to become independent and to take charge of their learning experiences. To Claire, giving children the chance to become independent in taking care of themselves, the world around them, and in their learning is very integral to their overall development. She witnessed children taking great pride in learning to accomplish work that relates to themselves and their environment, and believes that pride fuels interest in all academic and social aspects of their lives.

From there, Claire attended the AMI Assistant Guide Training at the Montessori Training Center of Minnesota in the summer of 2014. She is now qualified to be an assistant in the Children’s House environment and currently enjoys subbing, supervising lunch and rest time and being open to helping the children be successful.

Claire loves to see how the children grow and change. Every day, each child learns something new about themselves and the world around them. It may be a small skill, such as whistling or zipping their own coats; but it shows her that they are working on becoming
independent, thoughtful, learners. She loves that no day is the same as the previous one, there is always some surprising and an unexpected element that sparks thoughtfulness and reflection in herself.

In her free time, she enjoys reading, crochet, and water aerobics. 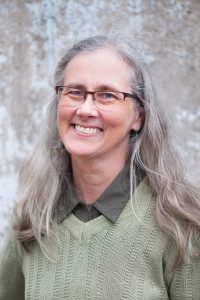 Christine Gowdy-Jaehnig has been with NEIM School since 2005 in a number of roles: substitute, Guide, and Lead Guide.  Her undergraduate degree is in the Liberal Arts from St. John’s College in Annapolis, MD. She has an American Montessori Society (AMS) certificate from St. Catherine University.

Christine was first introduced to Montessori through The Catechesis of the Good Shepherd, a Montessori-based religious formation curriculum begun by Montessori and completed by collaborators. She uses The Catechesis in the Sunday School at Grace Episcopal Church, where she also serves as one of the priests.

Christine particularly loves the little ones of the Children’s house: creative and lively, loving and forgiving, surprising and funny, growing and changing, puzzling and frustrating (yes, they are human!), eager to learn, and breath-taking. Her endearing nature and open heart is regularly refilled as the children inspire her to laugh, love, ponder, create, and learn. She has lived in Decorah since 2004 with her husband Mark, a large-animal veterinarian. They have three adult children. Christine also enjoys cycling, cross-country skiing, reading and quilting.