Home / About / Board of Directors

Valerie lives with her husband and 2 sons, who attend NEIM, and their 2 dogs. Val works with her husband, who owns and operates an orthodontic lab. In their spare time they like to wander in the field, camp, bike and watch movies. Val has a creative streak and appreciates a nice combo of organized chaos. She has a passion for the montessori path her children are taking at NEIM and is excited to be a part of the journey, both as a parent and a board member. 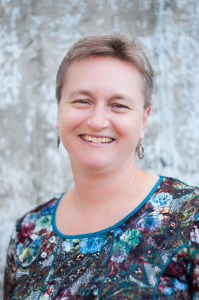 Jane Busch was instrumental in founding NEIM and continues to be passionately involved in its growth and changes as both a staff member and board contributor. Miss Jane is the lead teacher for NEIM’s elementary program, affectionately known as “E1” for “elementary level one.”

Miss Jane holds a Master’s Degree from Loyola University in Baltimore, MD in Montessori Education at the Elementary level, ages 6 -12.  She also has an undergraduate degree from the University of Northern Iowa, in Elementary education with an endorsement in middle school (4th – 9th grade) and an emphasis in earth science.

Jane lives north of Decorah with her husband and two children. In her free time she enjoys gardening and reading and just being outside.

Scott is a hard worker with a long history of commitment to NEIM.

Lara, avid supporter of NEIM, is making her debut appearance on a board.  The mama of an E1 student, homeschooled middle schooler (who attended Montessori preschool) and KinderHaus preschooler, she and her partner Neil make their home in the country, NE of Decorah.

Attending homebirths to support mama-babe and midwife, offering bodywork, lactation support, and instruction in infant massage inform Lara’s interest in the early life of a child.  The yearning for community life that supports the human body in its diverse manifestations and times of development spark her interest in Montessori education.

Yoga, outside play, chicken tending, relationship building, laundry and good food get her weekly attention.  Thankfully the dishes and floors get weekly attention from her family. Lara brings her well of random skills with gladness to serve the NEIM community.

Shannon Dallenbach Durbin is the mother of a former (Link), current (Felix), and aspiring (Iggy) Montessori youth.  She is the director of ArtHaus in Decorah.

Michael Kueny is the father of Ruth & Liam Kueny and husband of Angela Kueny. He is a land development engineer who works for Paragon Associates in La Crosse, WI and looks forward to serving the needs of NEIM.

Gabby Surovy, a Children’s House parent, and her partner, Bob, share a home just outside of Decorah. Although new to the area she kindly jumped in to volunteer at fundraisers and now works as an assistant guide at NEIM. Her love for her family and love for montessori education is what makes her a happy addition to the NEIM family.